Among us logic fanon Wiki
Register
Don't have an account?
Sign In
Advertisement
in: Characters, Cyan, People Who Hate Franklin,
and 5 more

View source
watch 01:36
We're Getting Mutants in the MCU - The Loop
Do you like this video?
Play Sound

Blue By Not Lime

She decides not to hate PF96 she likes PoopyFarts always laughs at farting noises and she doesn't like to be hated.

She likes player and veteran always watches videos of them and loves their voices.

She loves Ninja, Ninja Has an amazingness that Blue Berry likes.

She likes Mr. Egg and what he didn't like was when he kicked Player out in episode 3.

She likes relationship with Fnome and The Engineer.

He is her best friend and they speak very well.

they are good friends and play geometry dash.

Blueberry Doesn't Like Bro Because He Saw Him Making Fun Of Player In Episode 2. 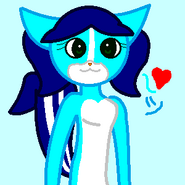 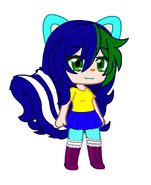 Her Human version.
Community content is available under CC-BY-SA unless otherwise noted.
Advertisement